You’ll probably be able to distinguish a rat from a mouse with time on your side, but you aren’t likely to exercise the same thinking process when these pests scurry across your kitchen floor. They are both notorious rodents and come with the potential to wreak havoc around both residential buildings and commercial environments where hygiene needs to be observed on a regular basis. I’m sure you won’t care which of these has entered your building, so long as they have been shown the door, but having even a basic understanding of how they differ may put you in a stronger position to work out which types of treatment would be best.

Rats can be very cautious around new things and often won’t take a liking to food which they haven’t come across before. This can be problematic when laying out poison, since they won’t be fooled even when this has been carefully disguised, so multiple doses are often needed to achieve the desired effect. On the other hand, mice are quite similar in that familiarity is something they like, often choosing to carefully analyse anything new before taking things further. In general, they share very similar characteristics in terms of food and how they go about getting it.

Physical Traits of Mice and Rats

When mice need to gain a stronger understanding of their surroundings, they will use their tail in order to stand on both rear legs, giving them a more accurate sense of what may be lying in front of them. Nothing is ever going to put mice off from entering your home either, since they have the ability to swim and climb. The key trait associated with rats is their rather annoying ability to enter even the smallest of openings. I’m sure this can be quite frustrating for homeowners who have taken time and money to construct what would seemingly appear to be an impenetrable exterior.

When they aren’t frightening you to death in your homes, both rats and mice will usually seek refuge in burrows, typically found in the sewers. Well, they’re not called vermin for nothing! It’s also important to note that mice in particular will create living arrangements that can last for a long period, so discovery of such burrows may not necessarily indicate an existing problem. Rats also like the sewers, but there are certain species who rely on warm climates, and use their excellent climbing skills to nest in trees where they can get both shade and sunshine. 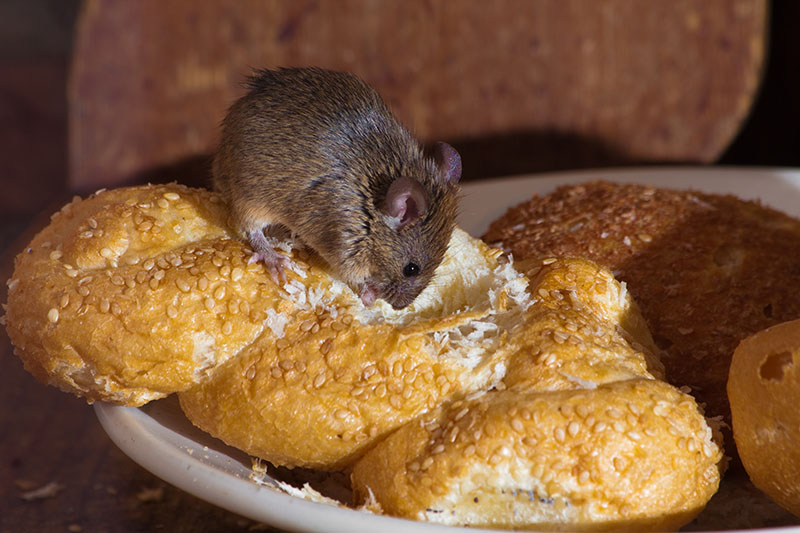 What do Mice and Rats Eat

It’s a bit of a myth that mice eat cheese until their heart's content, simply because they have a very flexible diet. They will take a look out for fruit and seeds, often leaving gardens in ruins, and won’t say no to servings of grains either. Rats are again very similar in that a vegetarian based diet is what they look for, but they can sink quite low when necessary and munch away at garbage people toss out from their homes.

So Are They Different?

So in answer to the question, yes they are different, but not by much. They are both major problems in cities, so people in London are probably the most affected by these less than welcome guests. They both spread disease and damage buildings, however the London mouse control services you require may differ to what’s needed when looking into the best London rat control available. Be sure to contact our team if you need any advice.